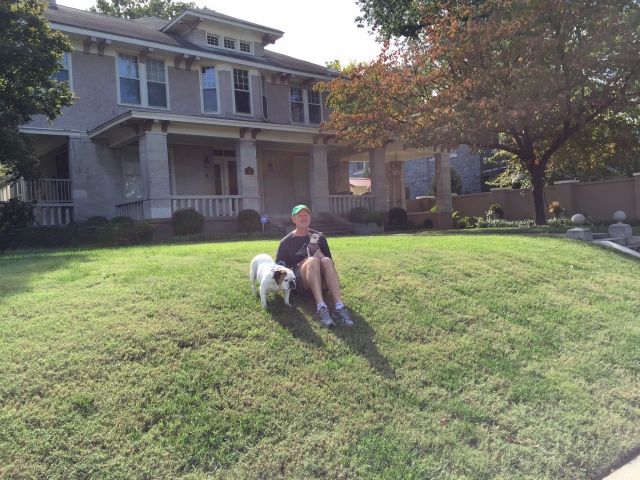 We now live in a house in Memphis that was built in 1912. It has an “Historical District” plaque near the front door – we loved that when we looked at the house, not really understanding what implications it might have for us after we owned it.

Local Memphians refer to “Midtown charm” when describing houses like ours: doors don’t close, due either to layer upon layer of paint, or settling; floors slope, in our case almost always towards the center of the house where this foursquare style house’s stairway anchors the structure; and windows don’t open, due again to paint layers or to caulk sealing. Who does that?

I must have fresh air; it is an absolute. I accept that during the summer in Memphis, there may be weeks when we will not want to open windows due to relentless heat and humidity, but now in late October, the weather is glorious. No humidity, tons of blue sky, and cool temperatures. We just had a few nights of temperatures near freezing!

We’ve received a quote on replacing the windows in this old house. The contractor provided two alternatives: vinyl or a more expensive (as in double) fiberglass framed product, both double hung to replicate the style in the house now. The historical society, to which we belong, has an opinion: “Vinyl windows are completely inappropriate and SHALL NOT be used.” Our first thought: who are you to tell us what to do, and what happens if we ignore you? Turns out, the city of Memphis has adopted the historical society’s guidelines as zoning policy.

So what to do? We have pried open several windows in the master bedroom and bath, so I do have fresh air at night. For now that will have to suffice while we consider another remodeling project that is higher priority – an open kitchen/family room concept. Thank goodness our historical society is unconcerned with what we choose to do to the inside of the house.

2 thoughts on “Living in an Historical District”